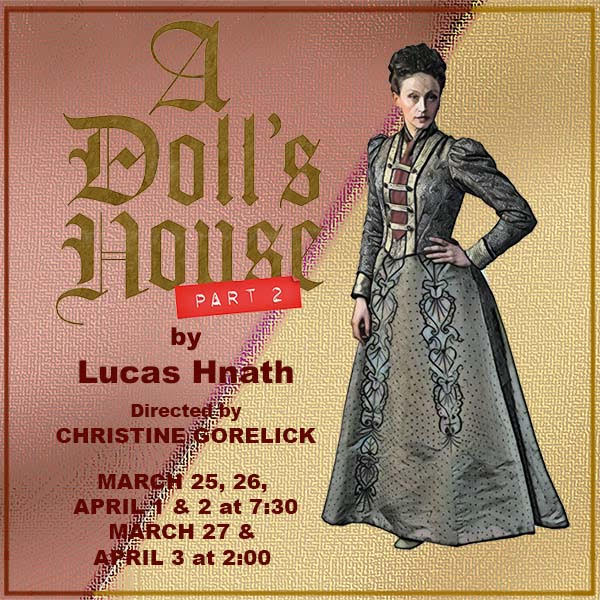 Roughly a century before the feminist movement surged into prominence in western culture Henrik Ibsen’s play A Doll’s House rocked the middle class of Europe and America with the story of a woman who gave up on her loveless marriage and took off to find the opportunity to discover her true self. Ibsen felt the greatest tragedy was to be denied love. His heroine, Nora Thorvald, prevails against the stifling gender biased attitudes of the day, and rebels when her husband chastises her, as he would a child, for the effort she made to find funds for their family during his serious illness. His fuming over his imagined loss of stature in the eyes of his peers tells Nora that he is more interested in himself than he is in her. And so, sick of being treated like a doll, hauled on exhibit when it pleases Thorvald, and dismissed when he has no further use for her, she walks away from the marriage to forge a path for herself and gain control of her life.

A Doll’s House Part 2 presents us with a fascinating examination of a woman who has shed the societal chains of the 19th century and taken up life within the attitudes and expectations of a woman in the 21st.