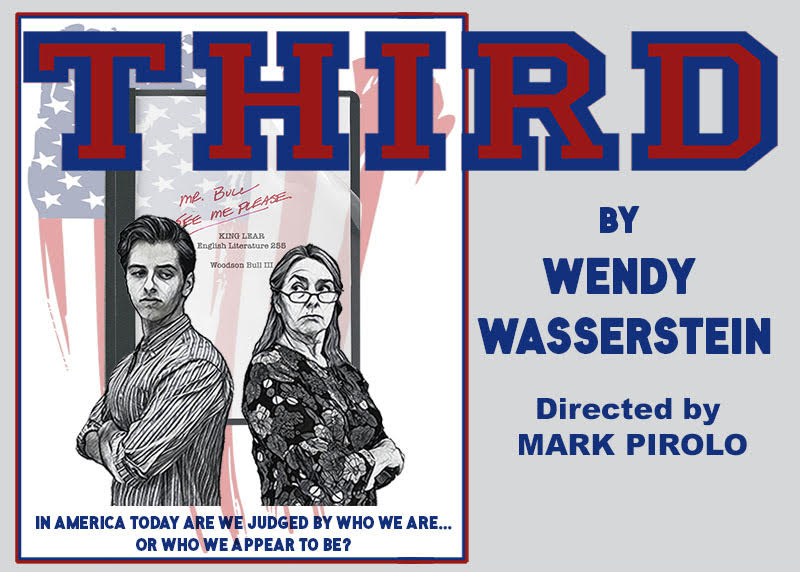 Third, a play by Wendy Wasserstein

Good looking Woodson Bull III – even his name suggests privilege - clashes with Laurie Jameson, professor and renowned literary authority. Jameson convinced Woodson is a pampered son of privilege, accuses him of plagiarism, thinking the paper he has handed in to her is beyond his capability to produce. Bull, a disciplined scholar, objects but gets hauled up before the honor committee. The encounter challenges Jameson’s assumptions about her life and fundamental assumptions about others and the outcome is life changing for both. Wasserman creates another strong, uncommon woman of middle age.

Third, author Wendy Wasserstein's final play before her 2006 death, is another selection by the 40+ Stage Company's play selection committee, focusing on generational and family issues.

"Third exhales a gentle breath of autumn, a rueful awareness of death and of seasons past, that makes it impossible to dismiss." Ben Brantley – The New York Times

Day and Evening Performances will be at the Mountcastle Black Box Theatre in the Milton Rhodes Center, June 10-12 and June 17-19.