Corlis Sellers began acting as a student with Hampton Players at Hampton University serving also as assistant director/stage manager for the production of the Scott Joplin opera, “Treemonisha.” After graduating, she appeared in various productions in community theater in Washington, DC and the Back Alley Theatre, including as Lena Younger in A Raisin in the Sun. She made her TV debut at local NBC affiliate WRC in Washington as Anna Douglass opposite Congressman Ron Dellums in The Trials and Triumphs of Frederick Douglass, a docudrama.

Corlis served as the Special Assistant to the Chancellor for Strategic Priorities at Winston-Salem State University (WSSU). where she created, produced, and directed “I Dream a World: The Voice and Vision of Dr. Simon Green Atkins” commemorating the 125th anniversary of WSSU. She retired in 2013 as Regional Administrator for the Northeastern U.S. in 2010 after 30 years with the Department of Labor. She moved to Winston-Salem and joined WSSU in 2013. She served as the Liaison to the Bishop of the Camden, NJ Diocese to the black Catholic community. Corlis retired from WSSU in February 2019 to pursue her passion for the arts as a performer and supporter. 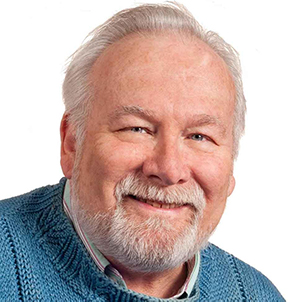 Mark Pirolo grew up in the suburbs of Chicago and spent summers on his grandparents farm in northern Indiana. His maternal grandmother, Mildred Smith Dolman, encouraged his interests in art and theatre and he combined those interests

He was active in the theater for over fifty years as a designer, director, playwright and actor. He served on the faculty of the School of Design & Production at The North Carolina School of the Arts for 36 years in various capacities including: Director of Costuming, Interim Dean and Director of Design until his retirement in June of 2004. Upon retiring from NCSA he served as Executive Director of The Little Theatre of Winston-Salem for two seasons.

His professional credits included scenic and costume design for productions at The Cleveland Playhouse, Skylight Opera Theatre, The Playmakers Repertory Theatre, PBS Biography Series, The NC Shakespeare Festival (where he was a founding member of the company and resident designer for over a decade), (Where he was awarded The Denver Critics Circle Award for his costumes for Loves Labours Lost.), The Shakespeare Theatre at the Folger (where he was nominated for the Helen Hayes Award for his costumes for The Cherry Orchard), and, where he was nominated for a Carbonell Award for his designs for The Clearing.

As a Director, Mark worked for The Monomoy Theatre on Cape Cod, The North Carolina Shakespeare Festival, The Little Theatre of Winston-Salem and The Winston-Salem Theatre Alliance and he appeared onstage in variety of roles including C. S. Lewis in Shadowlands, Henry Higgins in My Fair Lady, Harold Hill in The Music Man, Herman Goering in 2 and Martin Dysart in Equus.

As a playwright Mark’s plays and musicals were produced by NCSA, Carnegie-Mellon University, The North Carolina Theatre Ensemble, The W-S Theatre Alliance and The Cherub’s Guild in New York City. 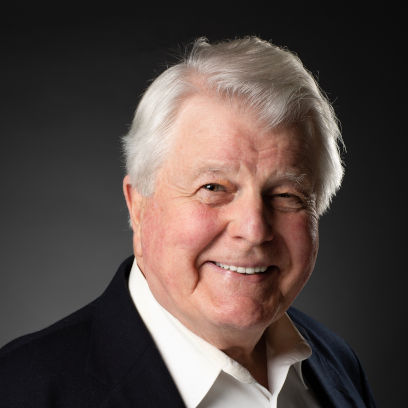 John is author of Deadly Portfolio: A Killing in Hedge Funds (2011) and Breached (2014). He grew up in Yankton, South Dakota and earned an English degree at St. John’s University (Minn.), graduating in 1961. After three years of teaching high school, Hohn began a 40-year career in financial services and retired in 2007 after 15 years with Merrill Lynch in Winston-Salem, N.C. Hohn has appeared in many productions at the Little Theatre and Winston-Salem Theatre Alliance. He served briefly as board chair for Winston-Salem Theatre Alliance and board chair for Youth Symphonies of Minneapolis, where he was instrumental in combining the youth orchestras of Minneapolis and St. Paul into a nationally recognized youth music program.

Phyllis Dunning taught English literature at Reynolds High School in Winston-Salem before retiring over twenty years ago. Throughout her retirement, she has continued to be active in promoting arts organizations and nurture an interest among the youth of the city in the creative arts. Dunning volunteers at the Piedmont Opera, at UNCSA events, and at Reynolda House Museum of American Art. She actively supports Winston-Salem Symphony’s Mary Starling performances for fourth and fifth grade students and serves on the board of the Carolina Chamber Symphony Players, the Music & Arts Ministry at Centenary United Methodist and the boards of numerous other arts organizations. 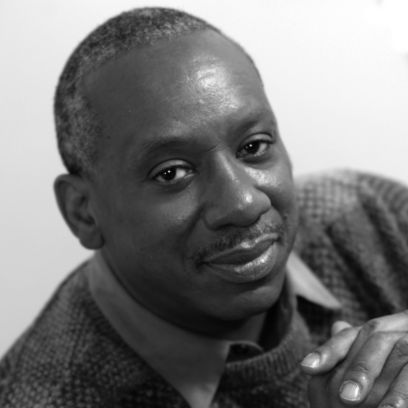 Nathan Ross Freeman, Co-Founder and Artistic Director of Authoring Action dedicated to developing teen authors as authors, orators, and filmmakers. He is Winston-Salem’s 2015 Arts Council Award recipient; recipient of the B.E.S.T Outstanding Faculty as member of the Intensive Writing Faculty during his 14 years of teaching Screenwriting and Playwriting at the University of North Carolina at Charlotte (1994-2008). He was appointed prestigious 2009 Salem College’s Visiting Writer (2009). He is a member of the NC Humanities Speakers Bureau, "Roads Scholars.” Freeman’s two feature films, Mr. Bones (narrative) and Authoring Action (documentary) screened at over 20 international film festivals and together were awarded five first place awards and five invitations. Freeman’s new Feature Film, Gem, is currently scheduled. To tour international fil festivals. Freeman Wrote, Produced, Directed, Filmed and Edited Gem. He is a co-developer of the NCEdTA state wide curriculum for Playworks in the Schools (K4-12).and co-founded many artistic organizations, including Authoring Action, Montage Showcase Ensemble, Assegai Film Group, Bushfire Theatre and Pen & Voice, each representing a powerful vehicle for discovering one’s authentic voice and expressing it with impact. He is a graduate of St. Josephs University, Philadelphia, PA 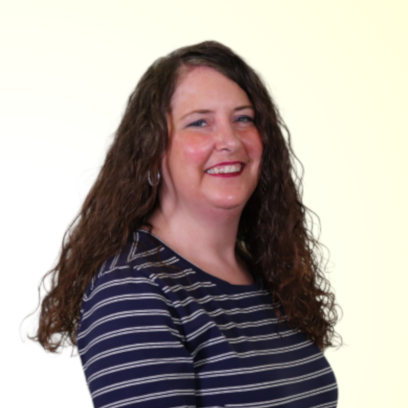 Melissa Smith is the Director of Innovation and Initiatives at Senior Services, Inc. A veteran in the Aging Services field, her current work, the Aging With Purpose project, involves tackling the three plagues of loneliness, helplessness, and boredom that many of older adults suffer from by finding out what is meaningful to them, making their lives more purpose-driven, and reconnecting them back to the community. A graduate of Salem College and a Philadelphia native, the arts have played an important part in her life; especially music. She has performed in several local bands throughout the years and currently sings in her church praise band. She is passionate about combating ageism and embracing the wisdom of our elders. 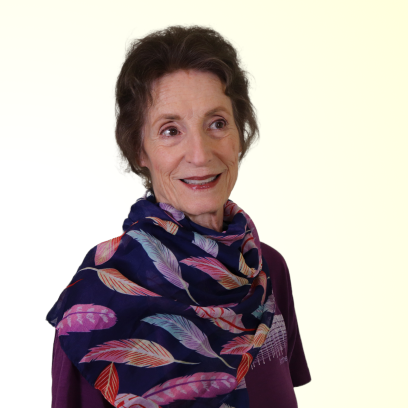 Robin Voiers is a Phi Beta Kappa graduate of Florida State University with degrees in English and Dance. She studied with Martha Graham, Jose Limon and Merce Cunningham and danced with the 13th American Dance Festival at Conn College. She taught dance at the University of Georgia and the University of Maryland. She drifted from musicals into drama and has performed at many regional theatres – Atlanta, Detroit, Dallas and Pensacola, and Washington, D.C. Some of her favorite roles include Gypsy, Anastasia, Titania (Midsummer Night Dream), Jean Brodie, Maria Callas, and Mme. Armfeldt, She also performed in A Little Night Music with the Piedmont Opera in March 2016. For the last few decades, she has travelled with her one-woman shows: Belle of Amherst, Zelda, Isadora and A Christmas Memory.

Honorary Board Members enjoy all the rights and privileges of regular members. They participate in meeting, serve on committees, and advise the board. Their attendance at all meetings in voluntary because of their busy professional schedules. They do not vote on any motions before the board.

T. Lee Covington is President and CEO of Senior Services after joining the organization in August, 2015. Raised in Alamance County, Lee attended Eastern Alamance High and majored in business administration and finance at Elon College. Prior to Senior Services, he was Executive Director of Rockingham County’s Aging, Disability and Transit Services. After a few years in banking, he joined a nonprofit serving adults with developmental disabilities, followed by 15 years at The Arc, an advocate for people with intellectual disabilities. He holds a master’s in public administration, UNC Greensboro, and an Executive Certificate in Nonprofit Leadership, Duke University. A member of Leadership Winston-Salem, class of 2016, he served as President of the NC Association on Aging (NCAOA) and Meals on Wheels NC. He served on a national committee of the new Ad Council Campaign for Meals on Wheels America. Lee lives in Clemmons with his wife Carol. They have three sons.

Mike Poston grew up in Laketon, Indiana. Throughout his career, Poston has worked in philanthropy in higher education, with 28 years focused in medical philanthropy. Mike holds undergraduate and graduate degrees from Indiana University, Bloomington. He retired in 2016 after eleven years as Vice President of Guilford College for Advancement. He followed with a nine month project as Director of The United Way of Forsyth County Foundation where he focused on board development and defining key major philanthropic processes. From 1993 to 2005, Poston served as Vice President for Development and Alumni Affairs for Wake Forest University Baptist Medical Center. Early career positions included key philanthropic roles at the University of Florida Health Science Center and Case Western Reserve University Hospitals in Cleveland, Oho. Mike is married with two adult children and twin five year old granddaughters. His wife Bonnie is retired from Wake Forest Baptist Health, Coy C. Carpenter Library.

Bland M. Wade, Jr. is the UNCSA Associate Dean of Design & Production. Before becoming AD, he served many years as the Director of Stage Properties at the UNCSA School of Design and Production. He received his BFA in 1980 from UNCSA before working professionally in a number of positions. As for teaching he writes "I provide any student willing to learn the tools and skills they will need to take possession of their education, this is what holds their interest and encourages a personal connection to their work." Bland is also a designer and artist. He has designed dozens of sets for plays and musicals and he and his wife Amy have their own studios and gallery in the Winston-Salem Arts District.