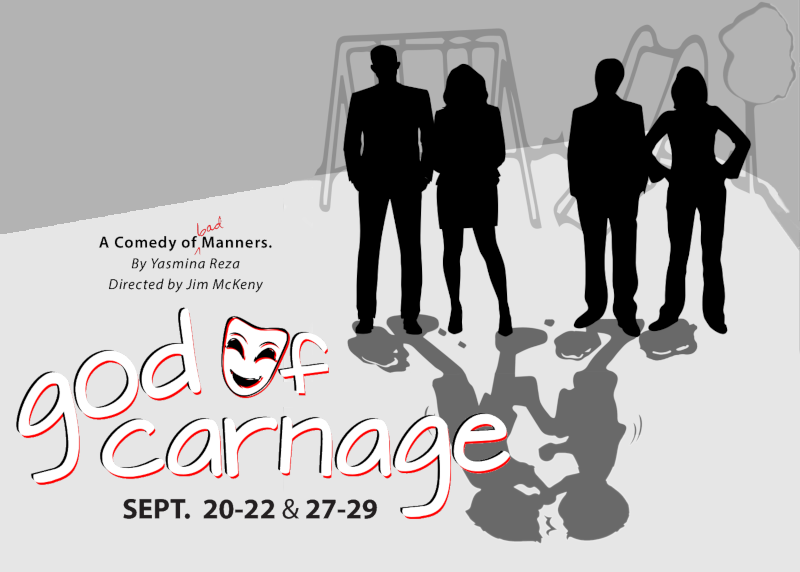 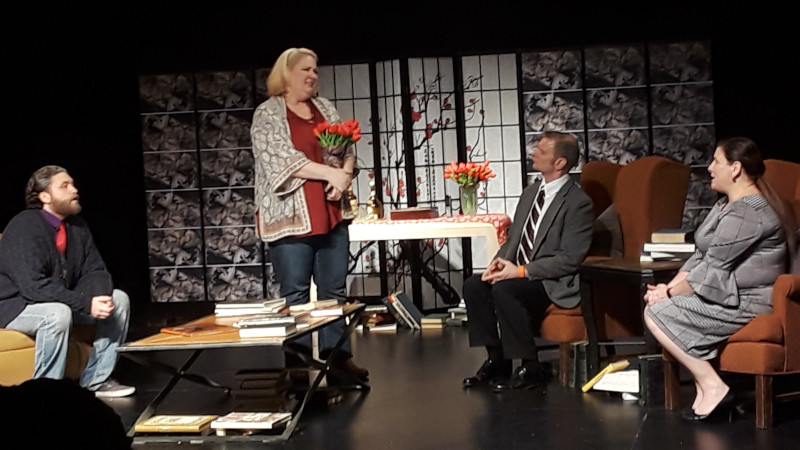 God of Carnage was originally written for French audiences, but became a hit when it crossed the pond to New York. After all, the challenges parents face in raising kids is a universal theme. God of Carnage, as its formidable title implies, goes for the jugular. If you want to know what is going on with a kid, find out what’s going on in the home. It’s that simple. No. It’s that complex, The play begins with two couples coming together to discuss how to settle a playground incident in which one couple’s son has sustained a broken tooth in an encounter with the other couple’s boy. All begins civilly enough, but the veneer peels away slowly, often comically, as agreement is not as easy as the initial good intentions seemed. The scope of the conflict expands until the fissures in both marriages surface and crack under the strain. The carnage ensues as all four adults go on the attack. The violence is verbal but the injuries sustained are every bit as painful as any playground incident, and the damage done, once the laughter subsides, may prove to be lasting.