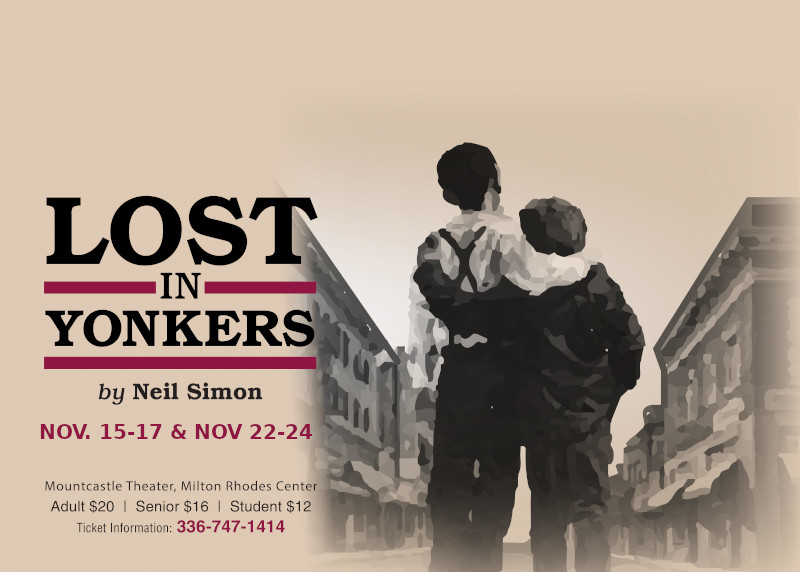 The 40+ Stage Company is proud to present Neil Simon’s “Lost in Yonkers” as our second production of the 2019 – 2020 season. Simon premiered the show to Winston-Salem on December 31, 1990 at the Stevens Center for the Performing Arts. The cast for the premier included Mercedes Ruehl as Bella and Kevin Spacey as Louie. Ruehl stayed with the show when it moved to Broadway and received the 1991 Tony Award for Best Actress for her performance. The play enjoyed a run of 780 performances in the Big Apple and was later made into a movie, again staring Ruehl.

Dennis Zembower, is the craftsman responsible for set construction.

The play takes place in 1941, when down-and-out Eddie, a recent widower, comes hat in hand to his mother’s door asking her to look after his two teenage sons while he pursues employment out of the city. Grandma lives in a small apartment with her daughter, Bella, who works at supporting their household of two by managing their ice cream parlor at street level below the apartment. Misunderstanding and comedy result as the four unlikely housemates adjust to family life together in the cramped quarters of the tiny apartment.

Day and Evening Performances will be at the Mountcastle Black Box Theatre in the Milton Rhodes Center, November 15th-17th and 22rd-24th, 2019.